Most heavy duty gas turbines employ multiple combustors, called ‘can annular combustors,’ each of which produce high temperature gases that are “funneled” to the first stage nozzles of the turbine section where they are expanded to produce torque. Ideally, each one of these combustors should be receiving equal amounts of fuel and air which should result in relatively uniform hot combustion gas temperatures from each of the combustors entering the first stage turbine nozzles.

It surprises most people to learn that there are no temperature sensors monitoring the hot combustion gas temperatures as they leave the combustors and enter the first stage turbine nozzles. There are many reasons for this, but the four most important ones are: 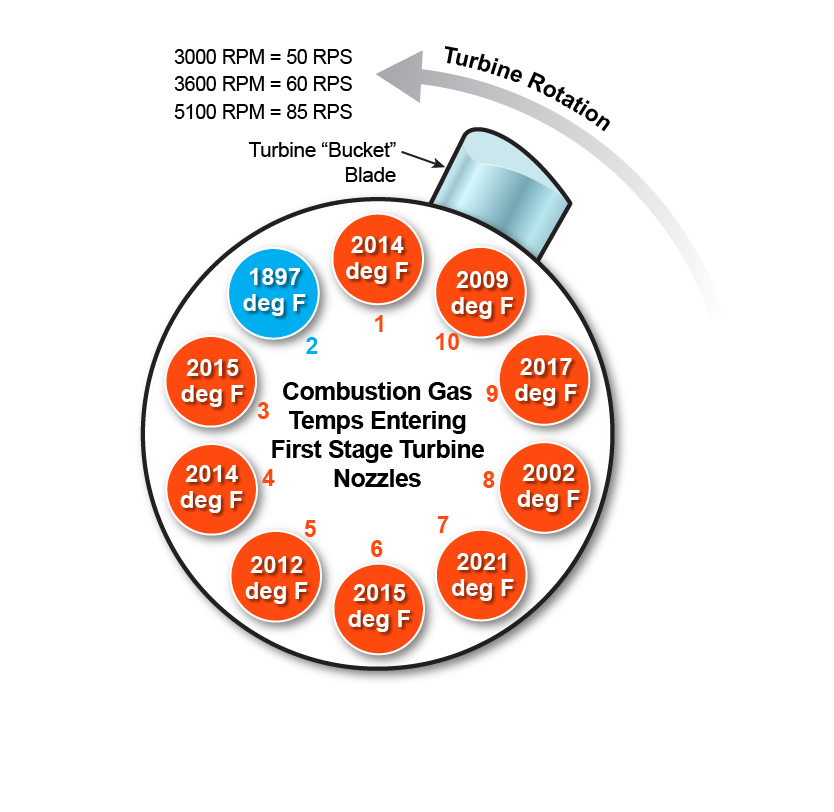 Fig. 1 – At 3600 RPM every turbine blade (“bucket”) passes each combustor 60 times each second; in the graphic above, combustor #2 has a lower hot gas temperature entering the first stage turbine nozzle

So, how are these combustion problems detected by the exhaust thermocouples? It also surprises most people to learn that as hot combustion gases flow through the turbine stages there is very little mixing. Hot combustion gases from a combustor don’t travel axially straight through the turbine section (a phenomenon known as “swirl”), but they mix very little with the gases from adjacent combustors before they enter the gas turbine exhaust. It’s this fact (that very little mixing occurs as the hot gases pass through the turbine section) that allows the exhaust temperature thermocouples to be used to sense cold or hot spots in the gas turbine exhaust which are indicative of unequal fuel- and or air flows into individual combustors.