Mechanical Dynamics and Analysis inspected and repaired a stage 15 dished diaphragm. The unit was an upgraded 297.5 MW D6 frame unit. The stage 15 diaphragm was found to be dished downstream by approximately 0.215”.

MD&A’s Turbine-Generator Repair Facility performed a diaphragm dishing repair to the stage 15 diaphragm by cutting out the old weld, re-positioning, re-welding, stress relief, and final machining. Incoming inspections and evaluations consisted of blast cleaning, NDE, visual inspections, and dimensional checks. The stage 15 drop checks were taken as a baseline for the as-received diaphragm. Based on the opening clearance measurements, it was found that the stage 15 diaphragm was dished downstream by approximately 0.215”. 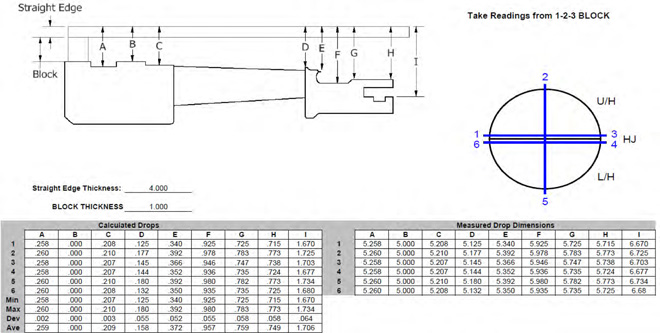 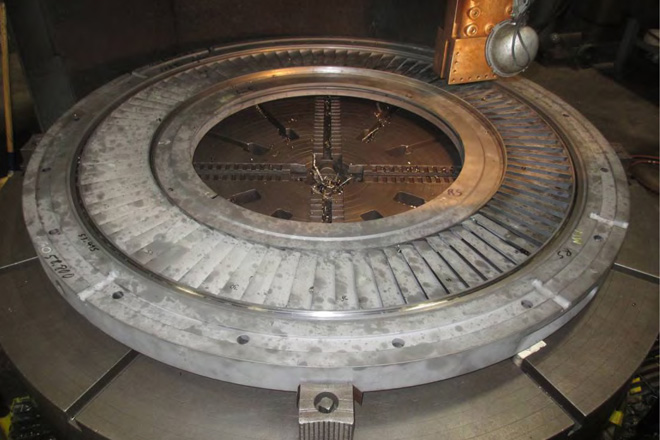 The repair process included machining to remove the spacer bands to inner and out ring welds, re-positioning the diaphragm back into the correct axial position, restoring the welds to provide a 100% full penetration weld, and then post-weld heat treatment. 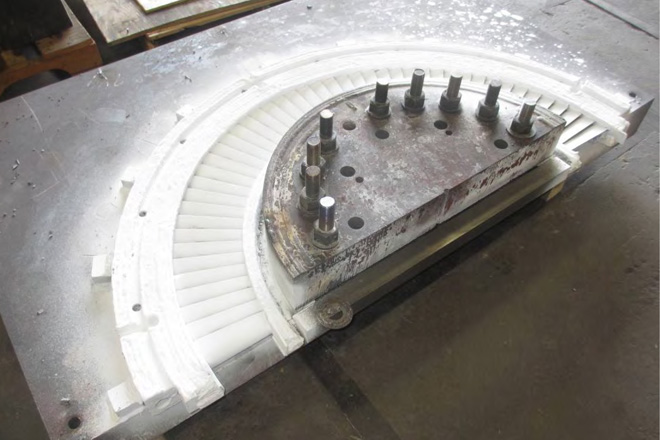 After post-weld heat treatment, the diaphragm halves were disassembled from the jacking and backing plates, blast cleaned, and dimensional checks were performed to verify and ensure the diaphragm halves inner web rings were re-positioned back into the correct axial position.

Let MD&A perform your next Diaphragm Dishing Repair today, call our Turbine-Generator Repair Facility at (314) 880-3000, or use our Contact form. 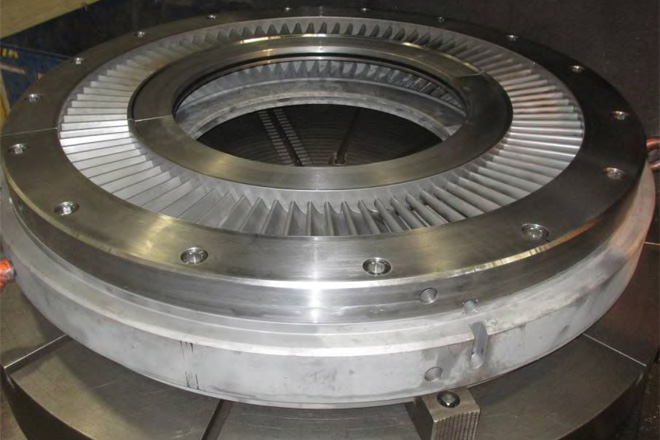