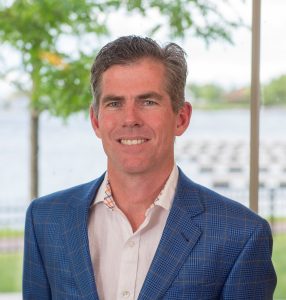 We have reached the 4th decade of operation at MD&A and what a journey it has been for the company. One constant at MD&A is the great employees that make it all work and the customers that have stuck with us as a result of mutual respect for each other’s needs.  This constant has powered the growth of the company and will be the driving force as we move into the future service needs of the power industry.

The company was formed in 1982 during a very different time in the power industry.  Jim Lindsey, after a long career at a major OEM, recognized a need by the customers in the power industry to have a third-party technical resource to help make decisions to keep operating plants reliable.  It was a time when the power industry was fully regulated and the large OEMs had the lion’s share of the service on their own equipment.  All outages were planned well ahead of the actual execution dates, OEM budgetary pricing was submitted years prior to actual outage execution, and the natural award went to the manufacturer of the equipment.   However, there were always nagging operational issues and the OEMs were slow to respond, often times because these issues impacted a broader fleet.  Customers began looking for an independent resource to help provide clarity to the issue and ultimately drive resolution.  The birth of Mechanical Dynamics and Analysis was to fill this exact void.  In the early years, the small team of very experienced engineers worked on vibrational issues, alignment issues, and component repair recommendations.  Each new member of the team brought a new knowledge base to help fill out the technical portfolio, but the business remained focused on technical issues and was very compact and efficient.

The mid-1990s brought a major shift in the US power industry.  Deregulation was initiated region by region.  Many Utilities sold the generation assets to other independent producers and the power generation maintenance market became openly competitive.  The days of OEM dominance were over and the nimbler players began to find footing with customers.  MD&A began to expand its capabilities to match the changing marketplace.  Shops were established in St. Louis to handle steam turbine and generator repairs.  On-site labor groups and tooling sets were added to help customers execute outages.  As the company headed into the new century, the principal owners were retiring, resulting in a sale of the company.  The new owners had additional capital available to a new team led by John Vanderhoef.  The opening of the marketplace and available capital was perfect timing for the growth of MD&A through a series of acquisitions.  Each new company to MD&A filled a service void and made the entire company stronger.  Each new company brought a group of talented entrepreneurial minds intently focused on customer service.  The basic culture of MD&A remained and our customers responded positively to our ever-expanding capability.

Today, some 40 years later, we are now part of a larger team with Mitsubishi Power.  Our name and principles remain the same.  With the full capability to work on gas turbines, steam turbines, and generators from front to back, we have become a customer favorite for outage execution.  The highly technical knowledge base with an intense focus on responsiveness is engrained in the culture of the people that make up the business and will propel the continued growth of MD&A for decades to come.  For all MD&A team members, past and present, we are members of something special and fortunate to have contributed positively to so many in our industry.